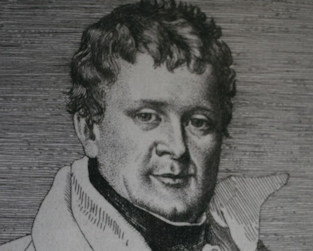 €75 pp or €130 for 2 persons to include morning coffee, lunch and afternoon tea. Programme subject to change without notice.

It took Daniel O’Connell some time before he understood what was happening in Waterford during the election of 1826, having underestimated the courage of the tenant voters, but once he did it helped pave the way for his own success in Clare two years later. The Waterford election and the campaign of Villiers Stuart of Dromana will be placed in the context of the civil disabilities suffered by Catholics in the 19th century, and the failures and disappointments from 1800 to the eventual winning of emancipation in 1829.

Patrick Geoghegan is professor in history at Trinity College Dublin and is the author of an acclaimed two-volume study of Daniel O’Connell. He presents ‘Talking History’ on Newstalk and is currently a special adviser to the Taoiseach.

Dr David Edwards (UCC)
The talk that combines two things – firstly, a forthcoming edition of Boyle’s letter-book, 1629-33, as co-governor of Ireland, which I have overseen and is to be published by the Irish Manuscripts Commission); secondly, a re-interpretation of Cork’s military role in the defense of the Munster Plantation. This latter element will culminate in a discussion of the war in the Blackwater Valley, 1641-3, with special reference to Dromana.

Dr David Edward is a Senior Lecturer in History, UCC, and series editor of Studies in Early Modern Irish History (Manchester University Press). A former Director of the Irish Manuscripts Commission, he has published widely on the Renaissance and Early Modern period in Ireland. His most recent book, co-edited with Colin Rynne, is The Colonial World of Richard Boyle, 1st Earl of Cork (Four Courts Press, Dublin, 2018). His talk at Dromana will draw upon his forthcoming edition of the Earl’s letter-book while Lord Justice of Ireland, 1629-33, a 700-page manuscript recently discovered in the archives of the Duke of Devonshire at Chatsworth House. It is to be published by the Irish Manuscripts Commission early next year.

Prof Tadhg O’Keeffe
This paper looks at the careers and places of residence of the three most prominent undertakers in the Munster Plantation. It explores their engagement – physical, emotional and intellectual – with the places and landscapes of the world that they inherited.

Tadhg O’Keeffe is Full Professor of Archaeology in UCD. He is an expert in medieval and early modern architecture. he co-wrote with David Kelly the RIA Historic Town Atlas on Youghal.

Patrick Cockburn
I will speak about my family in the 19th century when they were very well off but had bitter quarrels about marriages and money. They lived most of the time at Newtown Anner outside Clonmel and bought Myrtile Grove in Youghal at the end of the century.

Patrick Cockburn is an award-winning Independent columnist who specialises in analysis of Iraq, Syria and wars in the Middle East. He also did graduate work at the Institute of Irish Studies, Queens University Belfast and has written about the effects of the Troubles on Irish and British policy in light of his experience and , i n the recent year, has been covering Brexit.